This article first appeared in Collider. Click HERE for the original.

I welcome a heartening, feel-good movie based on an incredible true story any day, but it does feel like Penguin Bloom is making its way out into the world at an optimal time. If current  events, personal struggles or anything of the sort has you down, not only will Penguin Bloom encourage you to forge forward, but it’ll also inspire you to help others to do so, too.

From director Glendyn Ivin, Penguin Bloom is based on the true story of Samantha Bloom (Naomi Watts). In 2013, while vacationing with her family in Thailand, Sam leaned against a faulty balcony railing and suffered a fall that left the lower two-thirds of her body paralyzed. An avid athlete, traveler and very active mother, Sam is utterly devastated by her condition until an unexpected source of hope comes into her life, a baby magpie her family names Penguin.

While I’d like to bet Sam’s story would have played powerfully on the big screen told in sequence, the script penned by Shaun Grant and Harry Cripps based on the book by Cameron Bloom and Bradley Trevor Greive, ups the difficulty and the weight of the road to recovery tenfold by running with a non-linear format. By cutting back and forth between Sam’s surfing days and the aftermath of the incident, the film well depicts how, in reality, there’s no snapping your fingers and watching a problem vanish. Mere minutes into the movie when Sam’s husband, Cameron (Andrew Lincoln), tells her, “You’ll get better. I promise,” it feels like an empty promise. Whether it be surfing or jumping on the trampoline with her kids, being an active and engaged person is part of the fiber of Sam’s being. Taking that away leaves a gaping hole in her identity and that’s deftly expressed through the non-linear storytelling, with an added assist from select dream sequences that capture the distance between Sam now and who she was.

While this description may paint an exceedingly dreary picture, Penguin Bloom never wallows and also has a budding source of hope from the very start courtesy of the close knit Bloom family, which then winds up being amplified by the arrival of Penguin. Even as an animal lover, I didn’t expect a magpie to melt my heart this much. And I’m willing to bet that had a lot to do with Ivin opting to work with real magpies rather than a CG replacement. There’s a level of tenderness that feels palpable watching the ensemble care for and literally embrace her. And then Ivin ups the cute factor through spot-on Penguin framing. Penguin Bloom benefits from stunning and textured imagery all of the way through, but in all honesty, I could have watched 90 minutes of Penguin hopping around the Bloom house on floor level. There is no round of applause big enough for those magpie trainers. This isn’t just about getting the magpies to hit their marks; Penguin’s blocking says as much as any of her human counterparts.

And while Penguin is a lot to compete with, there’s no understating the value of Ivin’s human ensemble here. As is often the case, Watts is phenomenal; sometimes she’s so good it hurts. Not only does she have you feeling the difficulty of getting out of bed in the morning and the frustration of not being able to run to her children when they need her, but there’s also the unbearable emotional weight of knowing she’ll never get back what she lost. Watts continues to excel every step of the way as Sam starts to find new purpose, initiated by Penguin in a delightful sequence that will undoubtedly melt your heart. But, similar to the script structure, Watts approaches Sam’s rebuilding with exceptional nuance and respect for the complexity of recovery. There are the good moments and the bad, and Watts weaves them together expertly. She excels with Sam’s quieter, internal beats and also absolutely oozes with chemistry when sharing the screen with her co-stars, particularly Lincoln and Griffin Murray-Johnston, who plays their eldest son, Noah.

No one’s more challenged by the incident than Sam, but that doesn’t mean her loved ones aren’t reeling in a way that matters. While doing everything he can for the kids and telling Sam it’ll be alright seems like enough at the onset, adjusting to this new life and figuring out how to best support Sam is a struggle for Cameron. Lincoln beautifully captures the balance of trying to keep your chin up to support your loved ones while managing your own pain as well. As for Murray-Johnston, this is quite the debut performance. A good deal of this story is told through Noah’s eyes, and Murray-Johnston has no trouble holding his own opposite Watts and Lincoln as a soft-spoken kid who exudes warmth and kindness, but is also trying to cope with having the mother he knew ripped away from him and feeling responsible for it. And, per usual, Jacki Weaver and Rachel House go above and beyond with limited screen time, Weaver playing Sam’s mother and House stepping in as someone who encourages Sam to forge forward and believe in herself.

No matter what’s going on in the world, when I come home and see my cat Dewey, it immediately brightens my day. Penguin Bloom feels like a heaping dose of that sensation. Release plans have yet to be announced, but should Penguin Bloom get a 2020 debut date – in theaters or streaming – I’d truly be shocked if it didn’t wind up being a favorite of the year. As Noah says in voice over in the movie, considering how many people vacation in Thailand every year, there’s 20 million other people that this could have happened to. Most of us won’t know a struggle quite like this, but no matter what you’re going through right now, the Bloom family’s willingness to share their story could boost your spirits and serve as a very effective reminder of what we can overcome with the people we love. 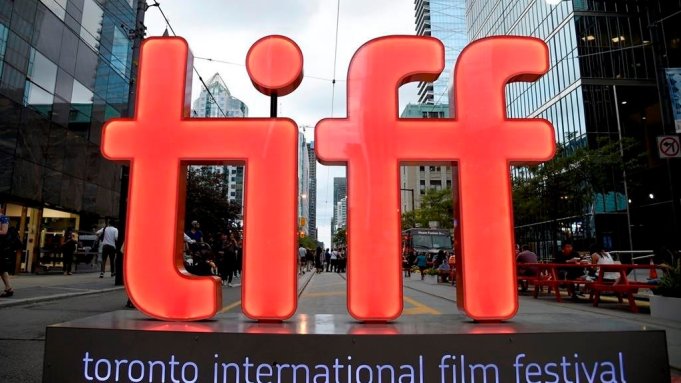 This excerpt first appeared in Deadline Hollywood Reporter. Click HERE for the original.

For sheer heart, I loved Penguin Bloom, world premiering at TIFF, with an outstanding performance from Naomi Watts that with the right push from the right distributor, could land her a third lead actress Oscar nod, and her first since 2012’s The Impossible, in which she played a wife and mother whose vacation in Thailand turned tragic when a major typhoon hit the country. In this true story, just like that one, Watts plays a wife and mother whose vacation in Thailand turns tragic when she falls from a rickety roof railing and becomes paralyzed (maybe Watts ought to stay out of Thailand).

The highly athletic Sam Bloom begins an excruciating journey back to some normality of life with the help of an injured Magpie bird that comes into hers and her family’s life at just the right time. The Walking Dead’s Andrew Lincoln plays the husband. The bird is brilliant by the way, and the movie is heartwarming, humane, and a life-affirming story that is much needed right now. I believe this is the kind of film audiences would turn into a sleeper hit. For me, it is the best narrative film I have seen so far come from the fall fest circuit. 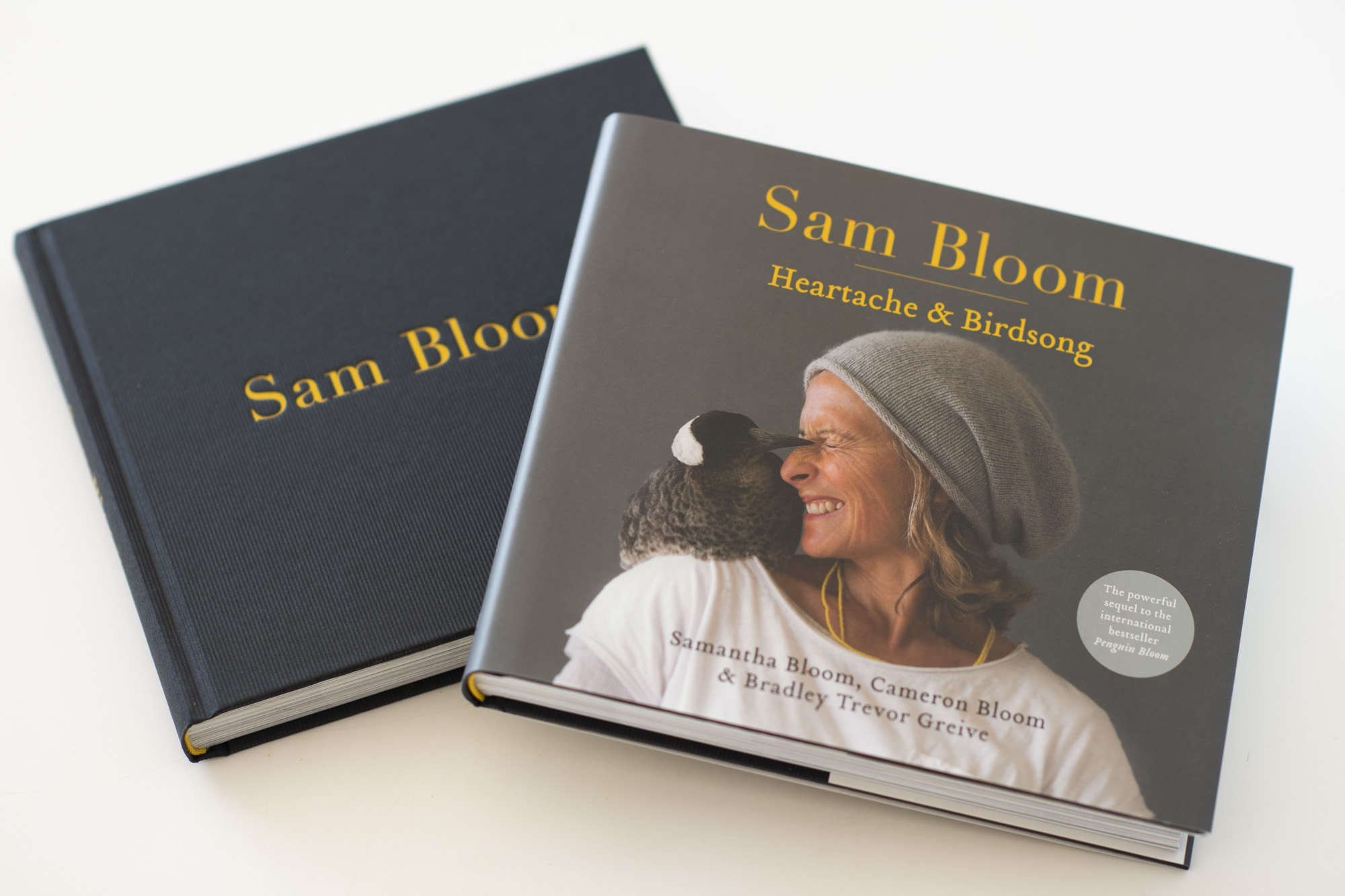 By PenguinBloom News No Comments

In Sam Bloom, Sam tells her own story for the first time – how a shy but determined Australian girl became a nurse and travelled across Africa. How she fell in love with a like-minded free spirit, raised three boys and built a life together on Sydney’s Northern Beaches. And then, in a single horrific moment, how everything changed. Sam’s journey back from the edge of death and the depths of despair is so much more than an account of overcoming adversity.